The hormesis of immigration

Some claim immigration is good and shouldn’t be restricted, others that it’s bad and should be stopped. I think it’s hormetic. As a Romanian living in the Netherlands, I’m currently an immigrant. And I believe that understanding the benefits as well as the risks of immigration is essential if we want to prevent repeating predictable tragedies in our beloved Europe.

A phenomenon is hormetic when it’s beneficial at low doses but becomes harmful at higher ones. Hormesis applies to a wide range of processes, from physical effort, stress, hunger and the vaccine principle to sunlight or microbial exposure, alcohol consumption, taxation and nationalism. It also applies to immigration, which is favorable in certain conditions but can also trigger a sequence of events leading to destruction. 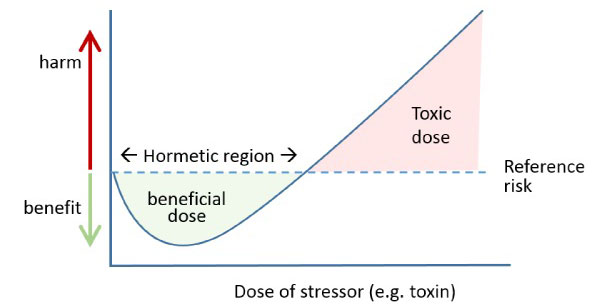 Most citizens welcome foreigners at first. The natives and the new arrivals can learn from each other, expand their views of the world, merge destinies, and work together for a better life and common future. Immigrants can bring skills that are in demand, join the workforce and contribute to the economic success and cultural diversity of their adoptive country. But when too many people come at once, it leads to friction. The more who arrive in a short period of time, the more different their goals and values, the less they contribute to the common good, the more dangerous are the conflicts that arise. The positive effects of immigration revert, and the atmosphere becomes polarized and toxic for everybody. It is a fatal mistake to think this problem can be solved with integration courses and similar programs.

There are around 20,000 Romanians living in the Netherlands. That can already seem like many to some, but what if we were two million? Since the Netherlands is a democracy, and citizenship is attainable, we could form a political party—or an existing one might start supporting our cause. For most of us, the future of both our native and adoptive countries and cultures matter. What happens, though, if interests begin to collide? In this case it’s a somewhat unlikely scenario, since Romania and the Netherlands are both members of the EU and NATO, but it’s not impossible. If that happens, wouldn’t the Dutch rightfully feel threatened and angry that new arrivals, myself included, undermine the interests of their country? Wouldn’t it naturally follow that some would start supporting newly emerged parties that express hostility towards us? When immigration becomes heavily politicized, it means it already passed its beneficial zone and is turning destructive.

We tend to think of things as either good or bad. But even the vital water can turn deadly when consumed in large quantities. Once a nation builds itself on a homeland, immigration is good in certain conditions. Quantity, cultural compatibility, the skills, goals and behavior of new arrivals matter. To me it seems that countries in Western Europe have already passed their hormetic zone. One quarter of the London population was born outside Europe. In Paris, 40% of young people have at least one immigrant parent. For some groups, the unemployment and criminality rates are many times higher and, despite expensive integration programs, second generations do worse than the first. Only blinded by indoctrination can someone think ethnicity plays no role, and these percentages can rise indefinitely without any problems.

It’s ignorant to insult a growing part of the population and entirely dismiss worries about the country and culture being threatened. It’s true that these feelings are amplified and exploited by ruthless politicians who gain from people’s fears. Natives might eventually overlook the benefits of immigration and a united Europe, overreact badly and indiscriminately, but overreaction is still a reaction to something. Friction needs to exist before hate can grow.

Romania’s freedom came 44 years after the end of World War II. Few know that before being forced behind the Iron Curtain, it had one of the most democratic constitutions in Europe. Despite the shared values, Latin roots, the political and security stability, it took 11 years before Romania’s citizens were allowed to visit EU states without a visa and another seven years before finally being admitted in the Union. During this pre-integration process, Romanians patiently spent hours waiting in long lines to request visas for Western Europe. In 2017, 10 years after integration, there are still border checks as Romania is not accepted in the Schengen area (this might be a blessing in the end).

At the same time, thousands of unverified people enter and move freely across the continent every month. Many originate from areas where majorities hold values that conflict with freedom and the Western culture. A few have already executed terrorist attacks against civilians. Official figures show that 60% of recent migrants coming from outside Europe are not eligible for asylum, and yet they are allowed to stay. The countless tragic drownings that have turned the Mediterranean into a mass grave are heart-wrenching, but one has to ask: how many could have been avoided if migrants hadn’t been practically invited to Europe by Germany (without consulting with the other EU states), even though other closer countries on the way were safe?

Ensuring the security of its citizens is the top responsibility of any political entity that claims monopoly on the legal use of violence: when the Union fails to do so, leaves its external borders unprotected and exposes its citizens to safety risks, it’s just a logical consequence that anti-EU populist parties are gaining traction. It’s a shame when these parties win, but who is to blame?

Who denies reality most vocally and insists that uncontrolled immigration can proceed at any rate, from anywhere, with no harm? Who thinks that borders and cultural compatibility don’t matter? Who claims to be “inclusive” but vilifies anyone who does not agree with them? Who else but the leftists, the misguided dreamers who always promise the tastiest omelets and invariably end up with only broken eggs. It is they who bear the responsibility for Brexit and the rise of anti-immigration sentiment. Their actions weaken the economy, polarize society, sabotage the common European identity and inflate nationalism. Their ignorance ends up hurting the very groups they claim to help. Yet most Europhiles continue to support them. Nationalism is ridiculed and criticized as the source of evil despite being a symptom, while socialist populism is celebrated despite its proven destructive force. And pragmatic, realistic politicians find it harder and harder to make themselves heard.